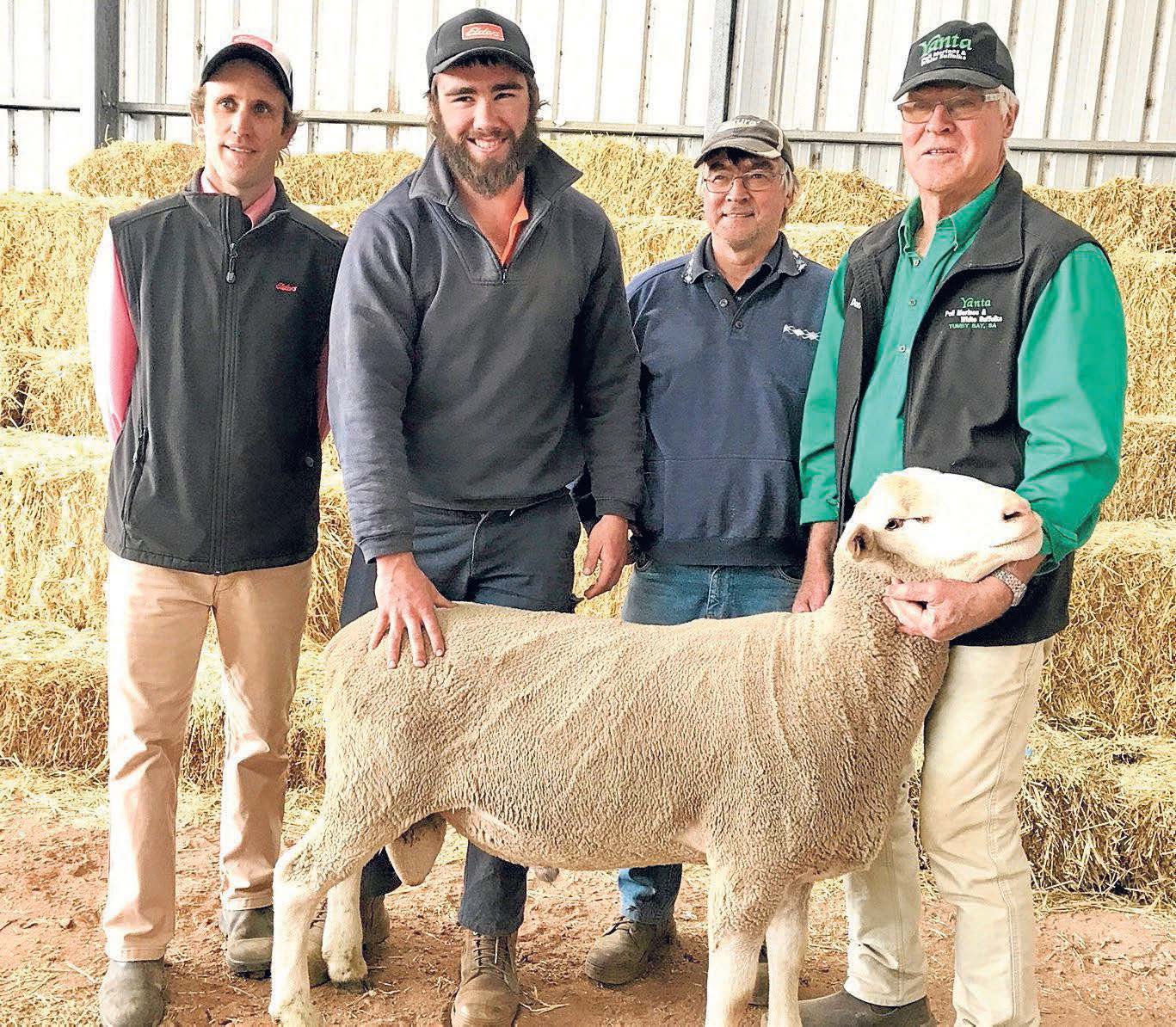 THERE was good clearance at the Yanta White Suffolk and Poll Merino sale at Tumby Bay on Wednesday last week.

The top price for White Suffolks was paid by BE&MH Letton, Cummins, and GK&DH Telfer, Ungarra.

The Telfer ram was sired by Bundarra Downs 122261 and had Australian Sheep Breeding Values of 18.8 for post-weaning weight and 216 on the Carcase Plus Index.

All three rams were sired by Collinsville Regal 130242, which was sold at the 2014 Adelaide Ram Sale for $66,000. Hornsdale Props’ Mark Noonan was impressed by the white, bright, well-nourished wool on the sire
he bought.

Mr Wetherall said there was a great selection of rams for buyers to choose from. “The evenness and depth of quality in the line-up of both White Suffolks and Poll Merinos endorsed Yanta’s breeding philosophy of using the highest performing, proven genetics available in both breeds in their annual artificial insemination program,” he said. “The standard and quality is consistently high and improving each year.”

Studmaster Don Baillie said the rams had grown well, especially across the past month, and looked terrific
come sale day.

“The present season was a contributing factor in slightly less demand, but clearance was still good,” he said.